Our second RTP180 of the year was also our second sold out event in a row—thanks to everyone who came out to learn and discuss blockchain technology! Our speakers explained that there’s more to this phenomenon than cryptocurrency: blockchain can have a variety of uses that make our lives easier, our data more secure, and our transactions less expensive.

This was also our first time using the QBall for audience questions, and it was a hit! Special thanks to local creator Shane Cox—we look forward to using it again. 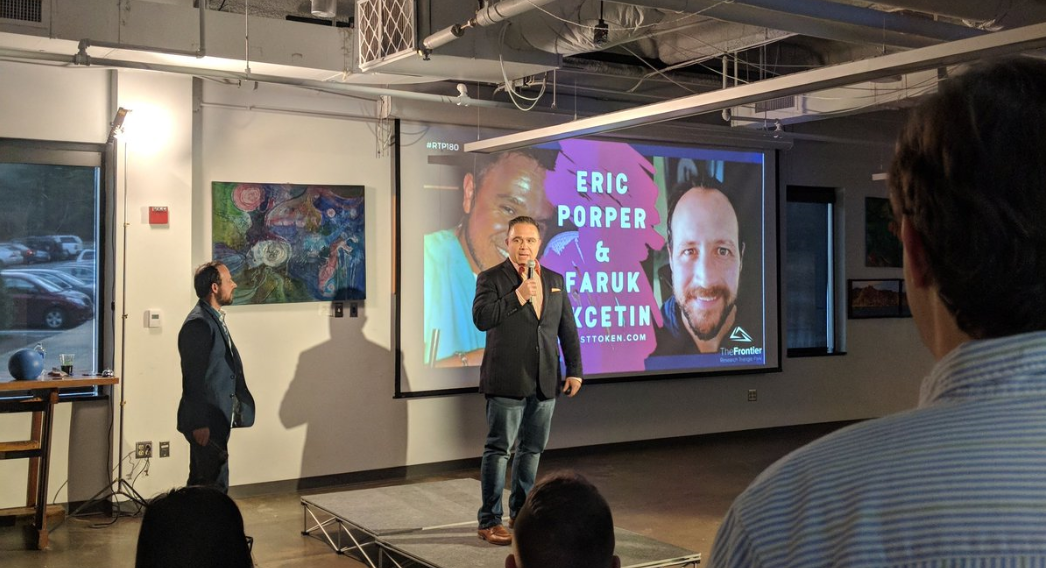 Eric and Faruk started off the evening by explaining why blockchain tech interests them so much, and how they plan to use it to disrupt the real estate industry. They also shared what an ICO is: Initial Coin Offering. The founders of fiNEST are about to make their own ICO, and were very knowledgeable about the role of blockchain technology in cryptocurrency. A member of the audience asked what the real point of all of this is—wouldn’t it be easier to just hand someone cash? Eric said that the real differentiator with cryptocurrencies isn’t the currency itself, but the way it is protected. Watch Eric and Faruk’s talk here. 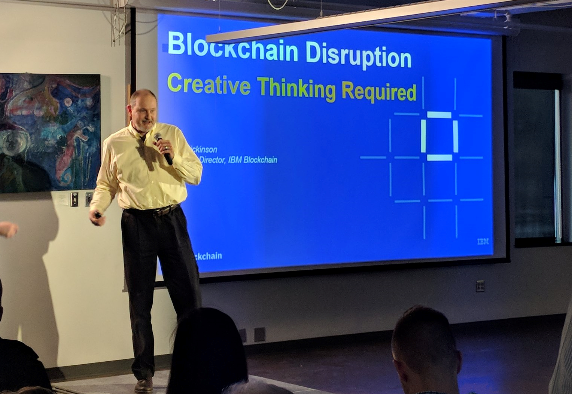 Alan spent his five minutes discussing the ways blockchain can be applied in everyday life through creative thinking. He referred to the technology as both “disruptive and transformational,” with applications ranging from indelible inks to data visibility. Alan described blockchain as an online permanent marker, recording transactional data for enhanced security and accountability.

One area he says could be impacted immediately? Food safety. The ability to scan and instantly learn the age and origin of both fresh and packaged foods could save time, money, and even lives. He also noted the positive implications blockchain could have for personal security when it comes to credit scores, medical records and more. Blockchain’s biggest challenge today? Not enough people know how to use it. Watch Alan’s talk here. 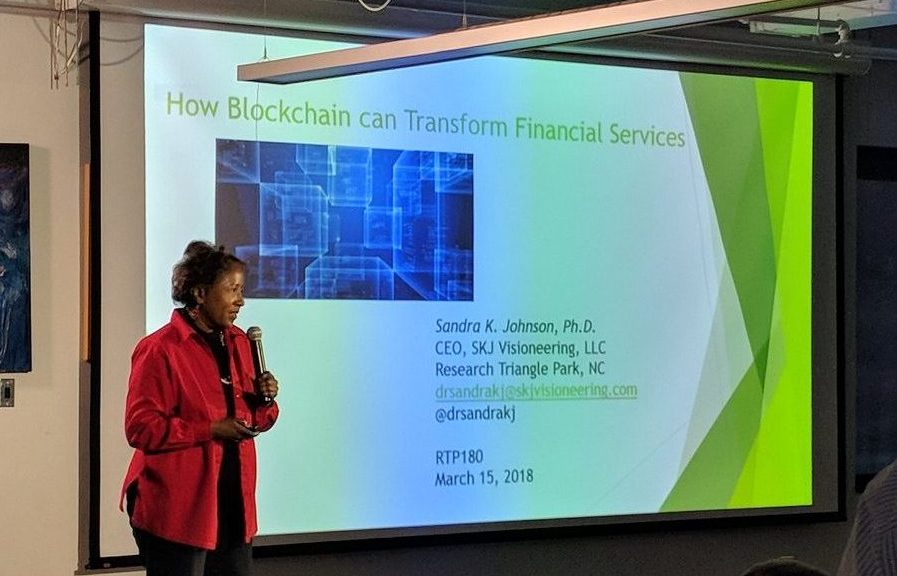 Dr. Johnson focused her talk on how blockchain technology can transform the financial services industry. She first acknowledged that, while blockchain has a lot of potential, it is not a blanket solution to all financial data problems, but rather a specific solution to a specific set of problems. 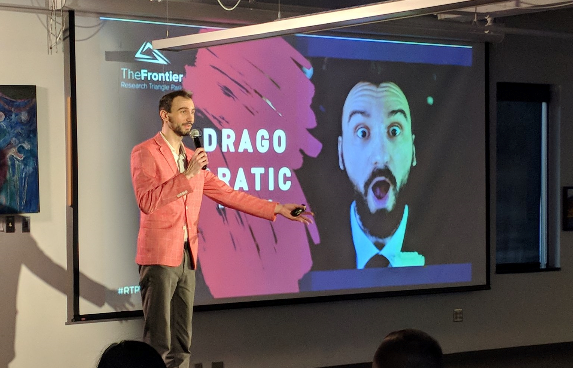 Drago’s organization is an education and advocacy nonprofit that focuses on Bitcoin. He spoke about remittances in cryptocurrency exchanges. For example: sending $500 to Tanzania. With Western Union, the fee is $42. With BitPesa, a digital exchange platform, the fees are only $15. The audience asked Drago when he thinks blockchain will be considered solid enough for widespread implementation. He thinks that banks, who are already using it to some degree, will be the first to take even larger strides in securing financial data with blockchain technology. Watch Drago’s talk here.

Our next RTP180 topic is Language (rescheduled from our January snow day). This event will, as always, feature local experts. Their job? To make you think about how we communicate and how language continues to grow and evolve as we use it. We look forward to seeing you April 19—reserve your tickets now!

Special thanks to presenting sponsor RTI International for helping us make this exciting event happen, and to UNC-TV for producing.