So, you think The Frontier is only about free coffee and beer? Think again. When we created the space, we wanted people to interact with one another and really get to know people within the community. We believe that those interactions are how the best ideas are born, and how thoughts can be turned into actions. Below is the story of how one person’s company moving to The Frontier spawned a new venture that before The Frontier, had only been an idea. People bumping into each other at events and in the hallway is exactly what we hoped would happen. Check it out!

Matt Karash got to know The Frontier when the company he works for, CloudFuze, moved into the 3rd floor of The Frontier. He’s the Director of Marketing there, and also writes about the Carolina Hurricanes over at HockyBuzz.com in his spare time.

He enjoys the Hurricanes so much, that he has long toyed with launching an independent fan site devoted to the team. Before working at The Frontier, he thought this was a long shot due to the technical help and financial investment he’d need in order to make the site a reality. Little did he know, moving into The Frontier would soon change all of that.

Companies located on the 3rd Floor enjoy monthly coffee and bagel sessions provided by RTP Staff. It was over coffee and bagels that Matt was able to meet two guys that also moved their company to the space – Robert Sherwood and Drago Bratic, of Oak City Technology. Not only do Robert and Drago have their own web development company, they also happen to be Carolina Hurricanes fans. After some “What do you think of this crazy idea” type of conversations in the hallway, the group ultimately decided to launch the new website, Canes and Coffee.

But wait, the perfectly timed connections don’t end there. After getting storytelling tips from Will Hardison of Fanbase (3rd floor tenant), and Ben Oliver from Storyboard Media (squatter), Matt felt he was armed with the tools he needed to launch Canes and Coffee. 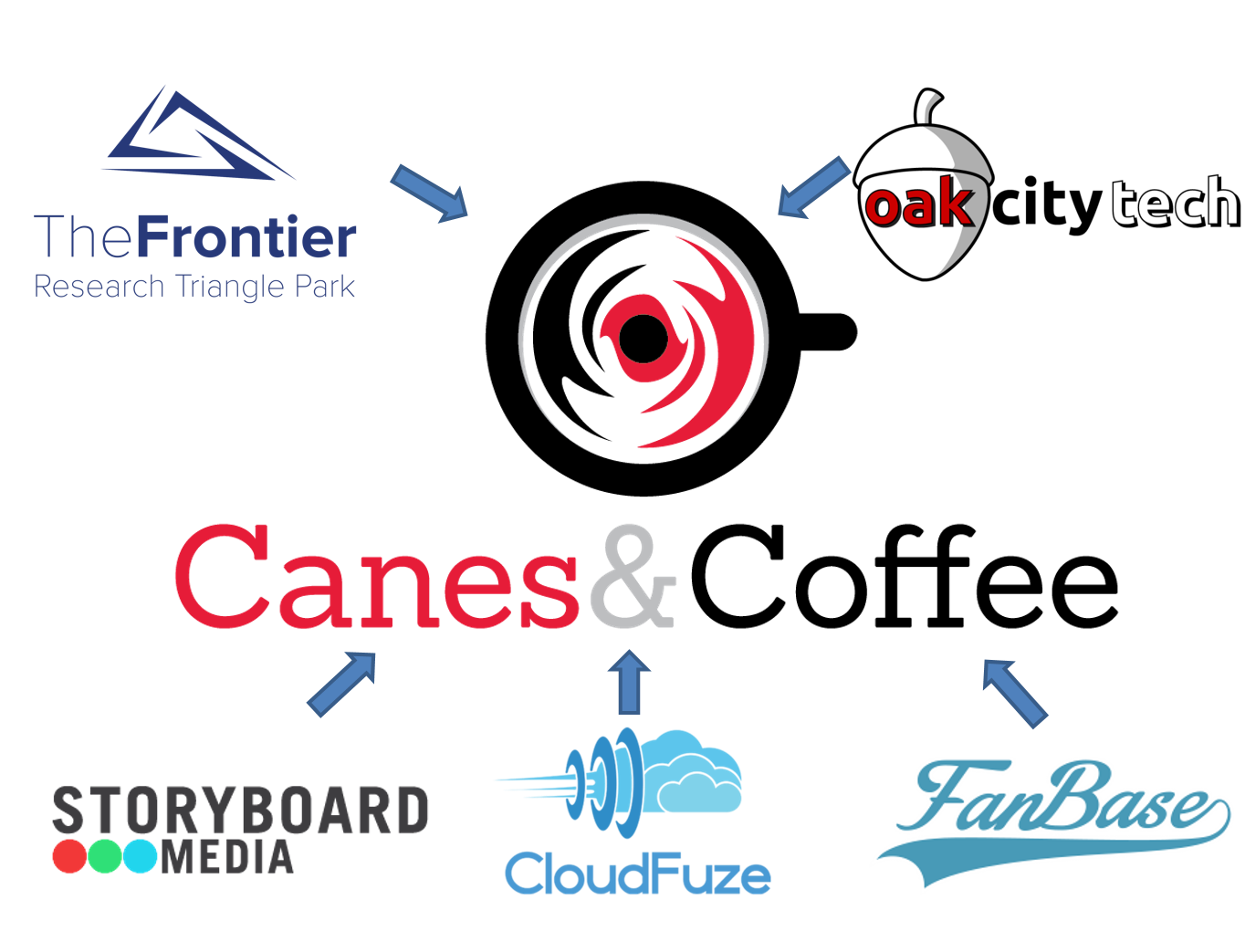 Now, there’s a Kickstarter for the site that has officially launched. If you’re interested in keeping this story rolling, feel free to check it out and throw in a few bucks.