I was recently lucky enough to be invited out into the airstream kitchen behind The Frontier known as The Farmery. The Farmery is RTP’s first farm-to-table restaurant and has been open for a few months now. Serving fresh cuisine straight from their crop boxes, The Farmery offers breakfast, lunch and coffee drinks along with plenty of vegetarian and vegan options. They are also one of only four cafes that is licensed to serve Counter Culture espresso drinks.

Recently many visitors at The Frontier have been curious as to where they can find coffee, and the answer is just a few steps out the door at The Farmery! The airstream is home to a variety Counter Culture drip coffees and espresso drinks.

Nia Richardson is the lead barista, and comes up with some seriously creative drinks. She explained to me that the espresso machine they use is semi-automatic, so she does a lot of controlling the grind, temperature, timing, and flow of the coffee. Nia and the other baristas went through extensive training at Counter Culture to learn how to properly prepare the beans. Each roast brews differently, and Nia has an eye trained to see when the espresso is perfect. This is just one of the things that makes the coffee at The Farmery so unique. 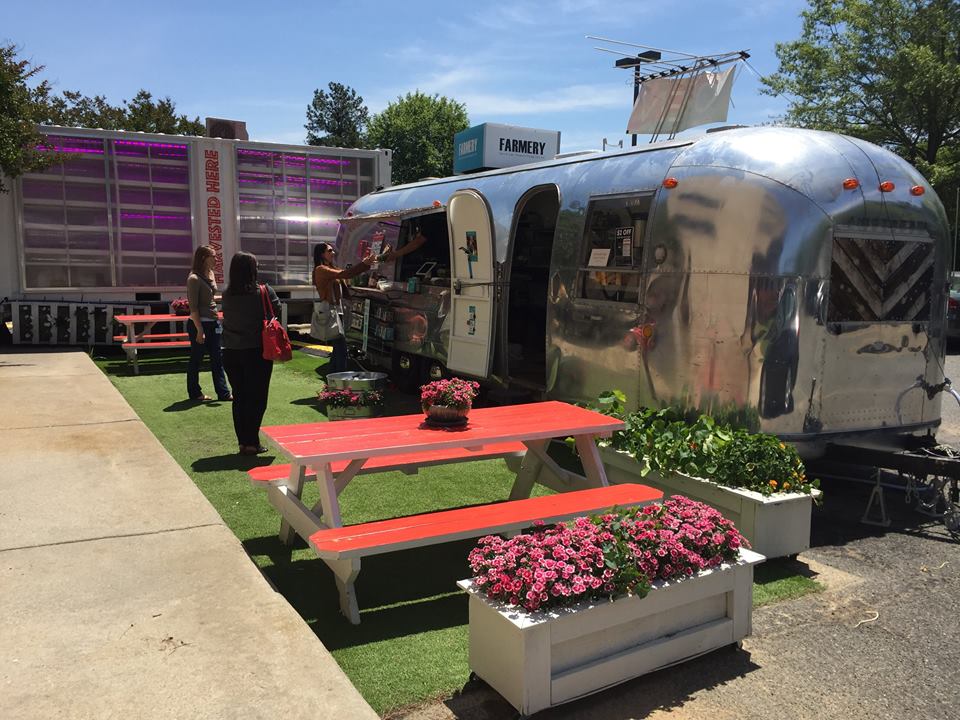 The Farmery also has a HUGE variety of coffee drink offerings. All of their espresso drinks are made with Mapleview Farms fresh milk, unless you want a dairy alternative, which they have a lot of! From soy and almond milks to hemp and coconut milks, The Farmery is a haven for those avoiding dairy. If you want a little pizzazz, The Farmery offers vanilla and chocolate flavoring syrups, both of which are infused by the baristas. For the warmer months there are iced coffee drinks to keep you cool. (Their iced brew takes a whopping 18 hours to prep!) And their “coffee smoothies” aren’t your frou-frou Starbucks frap…they pack a serious punch! These come in plain or mocha flavors. Oh, and of course you are welcome to a steaming cup of straight up hot coffee.

Not into coffee? No problem! The Farmery also offers a ton of non-coffee drinks. There are a variety of smoothies, including the popular “Funky Monkey,” made with coconut milk, bananas, peanut butter, cocoa, and brown rice syrup. There are many varieties of hot and iced teas, including chai and Matcha tea lattes. You can also try out Humdinger unpasteurized fresh pressed juice, MATI natural energy drinks, and Joia all-natural sodas. 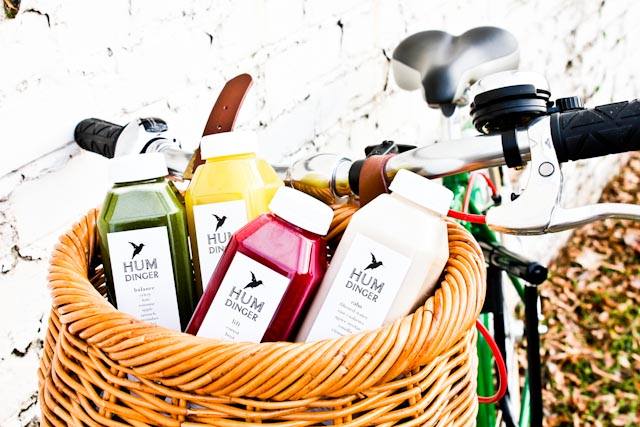 I have to add that the entire staff of The Farmery is super fun and down-to-earth. I felt like a part of the group pretty quickly (watch out guys, we’re BFFs now). Nia made me a new drink called the “Bacon Mocha Latte.” This drink will kick your butt and blow your mind. Nia steams the farm-fresh cocoa milk, infuses it with bacon, and adds a pinch of cayenne pepper. Not usually terribly adventurous, I took one sip and hollered in delight (sorry for startling you guys…) This drink is seriously not for the faint of heart, but it’s like nothing you’ll ever taste. 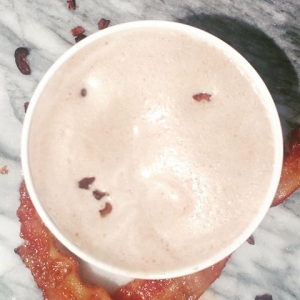 Ben Green, the founder of The Farmery, has an amazing vision for the evolution of the concept. At the Research Triangle Foundation, we are proud to support small businesses. Did you know that 79% of the companies in the Triangle are small businesses of less than 50 employees? It is one of the things that makes RTP amazing, and its one of the reasons we are proud to support Ben and The Farmery.